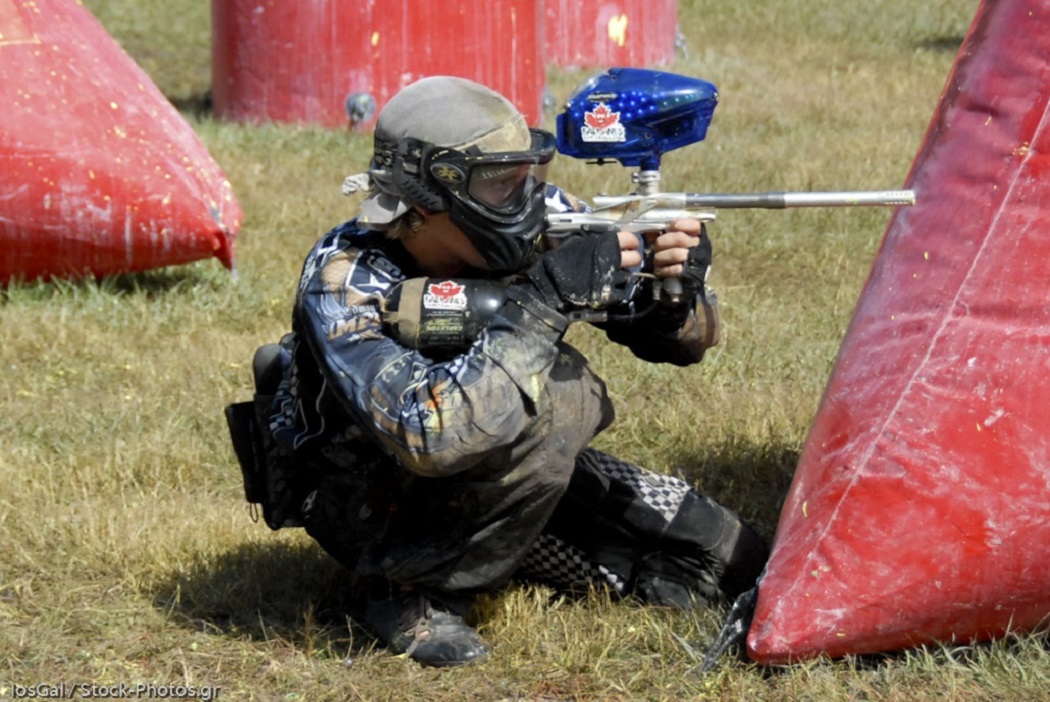 Speedball is something of a catch-all term, as it encompasses a couple of different paintball formats. It essentially covers those played in the standard tournament set-up - usually with flat playing fields and clearly defined boundaries. While the flat terrain may make this kind of game sound straightforward, things are complicated by cover placed at key strategic points, including barrels, tyres and inflatable bunkers. Within this category there are two main paintball formats that are most prominently practised. The first of these is the Two Flag paintball format, also sometimes known as Traditional Speedball because it is the most well-established example of the speedball genre. This format resembles the old playground game "capture the flag" with the addition of paintball weaponry and rules. It requires a flag to be placed at each end of the field - one belonging to each team. The teams each start next to one of the flags and take ownership of it. Each team's objective is to fight their way to the opposite end of the field and capture the opposing team's flag while defending their own. In order to secure victory, they must not only seize possession of their opponents' flag, but also return it to their own end of the field. Usually, the winning team has to entirely eliminate the opposing team before successfully doing so. 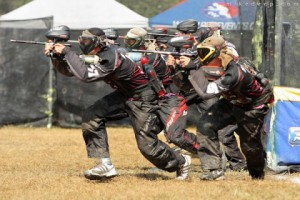 A variant of this format is "Single Flag" or "Centre Flag" speedball, where there is only one flag in the centre of the field. Each team's objective is to capture this flag and return it to its own side of the field. If a person is hit while carrying the flag, they are usually required to drop it on the spot, meaning that the flag tends to take a very roundabout route before a team manages to secure victory. The other main form of speedball is known as X Ball. This is a popular format for tournaments and in some ways resembles Centre Flag speedball. X Ball involves very large teams - greater than the maximum number permitted to be present on the field at any one time. Each team fields a squad which is tasked with capturing a single flag in the centre of the field and returning it to their end of the field to secure victory. Their efforts to do so are timed. When one team manages to bring the flag home, the clock is stopped and a new squad is fielded by each team. Typically, they have only a brief space of time in which to get their new set of players to the starting line. If a player breaks the rules, they are usually placed in a penalty box, and the team must keep playing without them and without being allowed to field a new player as a replacement. 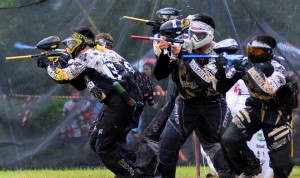 Both types of speedball share a number of similarities. However, one key difference is that X-ball was designed as more of a spectator format than Two Flag. Factors such as time limits add excitement for those watching the game, while the fielding of different squads adds an element of unpredictability. Two Flag, on the other hand, allows all involved players to play at once. Image Source: Image One = www.tampabay360.com Image Two = www.myactivesg.com
February 23, 2015 | View: 1014